United Nations peacekeepers come from diverse cultures and speak different languages, but share a common purpose: the protection of vulnerable communities and the provision of support to countries struggling to move from conflict to peace.

Bangladesh is one of the largest contributors to UN peacekeeping operations, the country first deployed uniformed personnel to serve with the Organization in 1988. Over the past three decades, the contributions of these brave men and women in the countries in which they serve have been immense.

As of December 2017, there were 7,246 Bangladeshi troops and police personnel in 10 missions around the world. Bangladeshi peacekeepers work in various roles – some provide protection, heal others and design roads – but all serve under the blue flag to support the governments and peoples of the countries in which they serve.

This year marks 30 years of Bangladeshi contributions to United Nations peacekeeping. We acknowledge and appreciate their brave contribution. 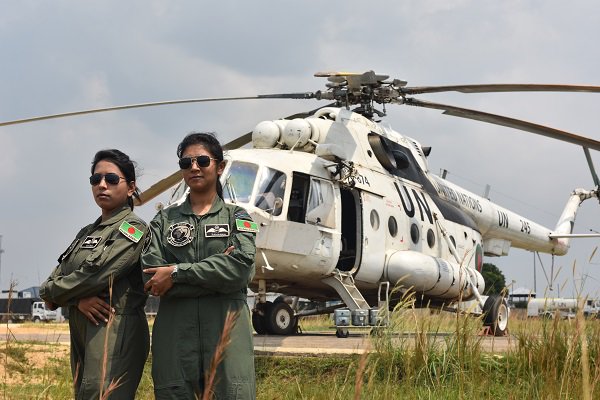 Secretary-General António Guterres lays a wreath to honour all fallen peacekeeper, as part of the UN Headquarters observation of the International Day of UN Peacekeepers, 24 May 2017, Credit: UN Photo